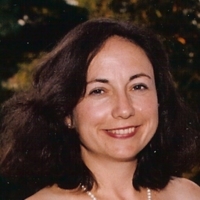 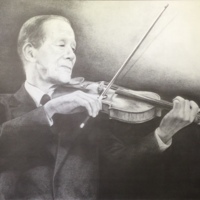 Shin'ichi Suzuki was born in Nagoya, Japan on October 18, 1898 and died in Matsumoto on January 26 1998.  He went to the Nagoya Commercial School (graduating in 1915), and concurrently studied the violin under Ando Ko (1878-1963), a pupil of Joachim; he went to Berlin (1921-8) where he became a pupil of Karl Klingler, another of Joachim's pupils.  On his return he established the Suzuki Quartet with three of his brothers.  In 1930, he became president of the Teikoku Music School; a few years later he founded the Tokyo String Orchestra and as its conductor introduced Baroque music to Japanese audiences.

He began developing an approach to teaching children after realizing the implications of watching children easily learn to speak their native languages.  He began to apply the basic principles of language acquisition to the whole system of pedagogy as "Talent Education".  His main purpose was the development of character through musical education, specifically through violin playing.

Marianne Murray Perkins ttained her Bachelor’s degree in Music Education at Temple University in 1976, her Master’s degree in Education at the University of Pennsylvania in 1982, and in 1993 she completed a Doctor of Musical Arts degree in Music Education at Catholic University, Washington DC. Her doctoral dissertation, “A Comparison of Violin Playing Techniques: Kato Havas, Paul Rolland, and Shinichi Suzuki” was published by ASTA in 1995. It is used widely in music schools across the country. At the time of her death, she was working on her second book on string pedagogy with her close colleague and friend, Lynne Denig.

She studied directly with Dr. Shinichi Suzuki at the Talent Education Institute in Matsumoto, Japan, graduating as a Suzuki Method teacher in 1985. She studied the New Approach with Kato Havas in England and the pedagogy of Paul Rolland at the University of Maryland. She holds a special understanding of the pedagogies of the three most important string pedagogues of the twentieth century and she built a reputation for her comprehensive interpretation of string playing technique.